Recently, on GTA Forums a screenshot of a resume belonging to a 3D creative person that had worked for Rockstar was posted. apparently, the resume stated “Jr vehicle artist at Rockstar games”. the description of their work atRockstar? “Create vehicles matching with real world for GTA5 DLC and upcoming GTA6.” Take a glance at the screenshot below. 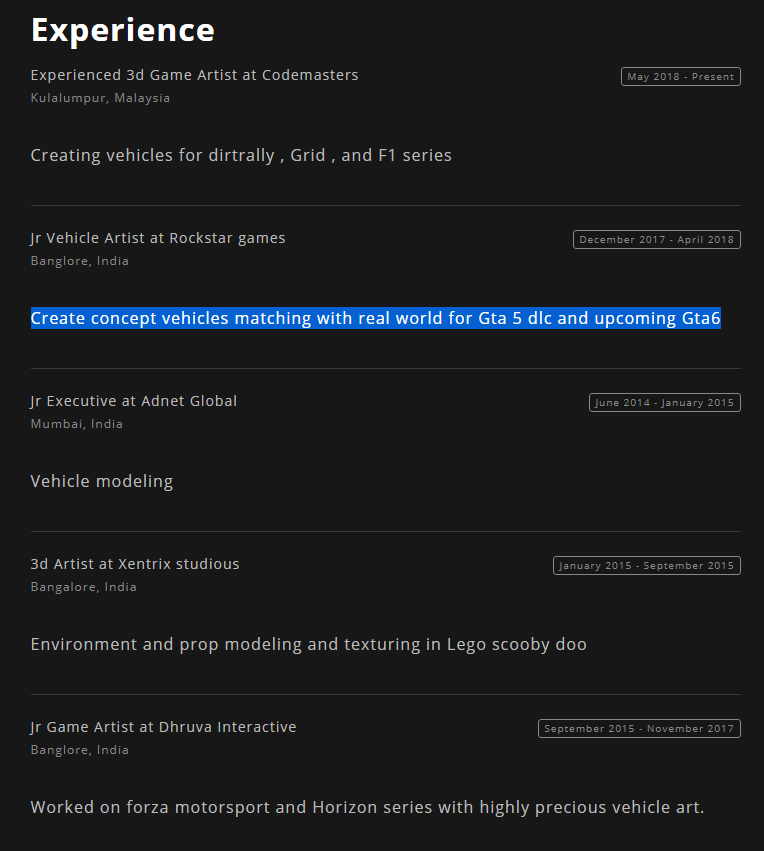 The employee resume also reveals that he has also worked creating vehicles for some other titles including Dirt Rally, Grid, F1 series, Forza Motorsport, and Horizon series. His profile can be found on the Linkedin and on his own website.

Now, we all know the artist DID work for Rockstar as he happens to be listed in Red Dead Redemption 2… also, given the success of GTA 5 it’s obvious that a sequel can come at some point.

Of course, this doesn’t essentially mean that this leak is legit. GTA 6 is yet to be officially confirmed by Rockstar, and the GTA Forum sharer themselves stated… “In my opinion, he’s either troll or this is often some form of mistake, there’s no approach a Rockstar worker would break NDA like that.”

Either way, let us know what you think of the ‘leak’ within the comments below! What do you expect of GTA 6?