Our list of the Top 5 Best PC Games that are highly recommended for their game play, graphics and experience.Your PC has the ability to be as powerful as you want it to be and the flexibility to allow you to use it in the way you want to, which has always made it a great place to play video games. If you wanted to play a multiplatform blockbuster in 2018 and were concerned with making sure it looked and performed the absolute best it could–giant monsters rendered stunningly in 4K resolutions, dense environments filled with hundreds of characters running at a smooth 60 frames per second–the PC was still the place to do that.

But it’s not all about graphics, of course–the PC’s open nature makes it a natural spawning ground for refreshing innovations and never-before-seen ideas. This year, we were reminded that truly great games can be born and refined in early access programs with the participation of players and an open dialogue with developers. The PC also reminded us that sometimes the most cohesive, risky, and brilliant experiences can be executed superbly by just one or two people. The PC had fantastic games both big and small in 2018. Now, in ascending order of development team size, here are our picks for the best PC games of 2018. 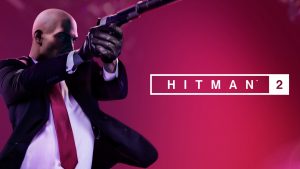 Unlike most games, which love to send you to outlandish and exotic places, the Hitman series works best when you’re taking down targets in the most relatable, everyday environments possible. Everyone remembers Hitman: Blood Money’s classic clown-at-the-birthday-party mission, for example. Similarly, Hitman 2’s mundane suburban Vermont and dense Mumbai slums missions are the standouts in this new set. The former has you doing a bit of home invasion in between wandering the quiet neighborhood, while the latter’s three objectives are so spread out that it really feels like you’re wandering a packed city with a wealth of ways to accomplish your mission. By contrast, the finale takes place on a ludicrous Bond-meets-Eyes-Wide-Shut island of cultists, which borders on the comical. It’s still a challenging and complex mission but isn’t quite as memorable.

Entertaining mission stories highlight the environments, their characters, and the big opportunities available to you, but each stage still holds dozens of obscure opportunities that invite you to embrace their allowances for flexibility, to break from the mold, experiment and try and achieve things in the most elegant or ludicrous way possible. Regardless of whether you succeed or fail, pushing against the limits of levels, systems, and your own creativity are what Hitman 2 is all about, and the content updates that have occurred since launch have continued to convince us that IO knows exactly what makes this game great. Hitman 2 is one of the best PC games of 2018, but expect the magic to continue into 2019.

Return Of The Obra Dinn 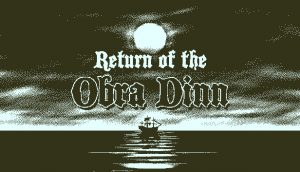 Return of the Obra Dinn stands as something wholly unique. An investigative puzzle game with clear goals but completely open ended paths to completing them, it’s a challenging exercise in piecing together a mystery without being spoon fed what to pay attention to. It’s got some small quality of life issues here and there, but the “moment of death” clue-hunting mechanic at its core is an absolute triumph. Return of the Obra Dinn is one of the best detective games of 2018.
Return of the Obra Dinn gives you only the briefest glimpses into what happened over the course of the game’s narrative, and its potency lies in the trust it puts into you to piece things together using your head. The game gives you broad strokes, but you need to fill in the details by deducing identities and causes of deaths based on faces, accents, movements, probable cause, and more. Obra Dinn excels at making you feel like a real detective, and the thrilling eureka moments you get when you successfully solve even the smallest part of the overall mystery feels nothing but extraordinary.
Return of the Obra Dinn is restrained, yet rich in narrative and characterization, with a cohesion between its haunting visual aesthetic, stirring sound design, and pointed mechanics that must be experienced. It is one of the definitive PC games of 2018. 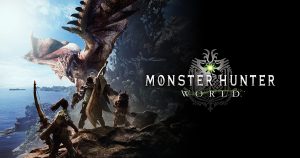 2018 was the year that Capcom would bring its enormously popular Monster Hunter series to PC for the first time. Monster Hunter World released in January to great acclaim–this was the most accessible the series had ever been, though most of its endearing complexities remained. The result is that a whole new audience was able to discover the thrills of what made this series so beloved to begin with: getting together with friends, tracking down giant beasts, and working furiously to exploit their weaknesses and bring them down with a ridiculous arsenal of enormous weapons.

Monster Hunter World came to PC in August 2018 with improved matchmaking, faster mission onboarding, capable keyboard and mouse controls, and the potential for an even more spectacular visual presentation, making it a platform favorite. On top of being a meaningful and robust evolution for the Monster Hunter series, World is one of 2018’s most defining multiplayer experiences that has remained strong since the beginning of the year. 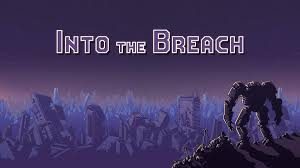 Into The Breach is a masterful piece of game design, thanks in part to its concise, no-frills design and the transparency of its systems–the effects of every enemy action are made visible to you before they happen. Its ingenuity lies in the process of working out the most effective way to mitigate the damage to a number of critical objectives before it happens with the use of your limited toolset. But a lot of the time, not everything can be stopped, meaning each turn is a satisfying conundrum of prioritized compromises that are revolved in a wonderfully choreographed ballet of kinetic push and pull, redirected attacks, near misses, and controlled collateral damage. 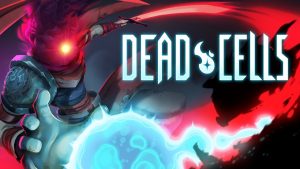 Chances are good that you’ve already heard a lot about how great Motion Twin’s Dead Cells is. The 2D roguelike takes some of the most enticing fundamentals of the Metroid and Castlevania strain of platformers and twists it into its own refreshing package that’s difficult to stop playing. There are countless different methods in which to tackle the labyrinth, and with each new randomized run, each life, and each death, you’ll come across new surprises and challenges that will test your wits and reflexes. It weaponizes a continual feeling of incremental triumph, progression, and improvement that echoes the most morbidly seductive aspects of Dark Souls and Spelunky. It’s a compulsive feeling that causes Dead Cells to stay with you for a long time.

Dead Cells has been particularly good on PC throughout 2018 because of the game’s availability in Steam Early Access from mid-2017 right up until its official launch in August 2018. The transparent relationship and dialogue between Motion Twin and the Dead Cells community during this period accomplished implementations of feature requests, bug fixes, and general feedback. In a way, Dead Cells as we have it today is born from the PC platform, but no matter where you decide to play it, there’s no denying that Dead Cells is one of 2018’s paragons.