Here is a look at the Top 10 Games of 2017. These are the top games that 2017 had to offer us and trust me there was plenty of games to choose from, but these are the games that we’ll keep playing on and on for at least a few more years

Let’s face it fans haven’t been too thrilled with the Resident Evil franchise. Thanks to the lack of scarce in resident evil 6. They were also pretty skeptical about the new look of the game. Well, from the first-person perspective a crazy country bumpkin family!! instead of zombies. But the game proved to be a contender for one of the most frightening experiences of the year. And Resident Evil firmly returned to its survival horror roots. With good gameplay creepy environments and to dinner seen that we will basically never forget, we should inform aunt Rohdy that fans are satisfied. 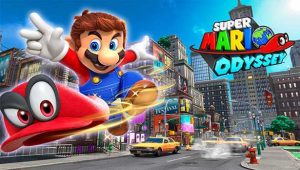 Mario games tend to be title so you can always depend on the plots always basic. But the King plays pretty much guaranteed to put a smile on your face. This game takes all of that precedent and ups at tenfold. It introduces a new gameplay mechanic that’ll make you think outside the box or in this case outside the cap. It also brings us new worlds that are full of collectibles to keep you exploring the beautifully crafted world. It’s basically everything you’d want from a Mario game for a new Nintendo console.

8. Wolfenstein to The New Colossus 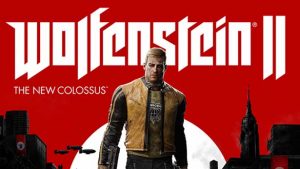 Talk about some interesting timing Wolfenstein 2 picks up where the last game left off. And continues the ‘what-if’ story where the Nazis won World War Two. William blaskowitz returns and has admittedly seen better days, but that doesn’t stop him from getting some pretty sweet guns. And doing what the Wolfenstein series does best, Gutting down every Nazi on screen.
It’s almost cathartic entry into the First Person Shooter genre with crazy story moments and plenty of fast-paced action. That will keep you on your toes, it’s exactly what you’d want out of a video game sequel. It’s bigger it’s better but it’s downright fun. 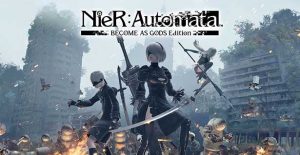 If you’re looking to find some deeper meaning to life within your hack-and-slash games. And I mean why wouldn’t you? this is definitely the game for you. Think of it as that one beautifully stylized anime series that doesn’t look like much at first glance. But it is pretty and here is just a giant ball of feels.
Taking place after nears fourth ending. Automata feature a balance of incredible gameplay, memorable characters, and an engaging story that you’ll be trying to decipher well after the credits roll. All in all, it’s an incredibly rewarding gameplay experience. 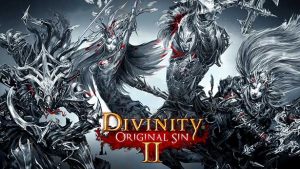 There are role-playing games and then there’s Original Sin II. It takes place centuries after the first game sorcerers are now criminals in the world’s eyes. Which of course means that you are a sorcerer. Once you create the character you set off on an ever-expanding journey full of side quests intriguing characters remarkable lands harrowing battles and enough branching pathways to keep you busy until they announce the third game and even then there will still be room for one to discover new things. 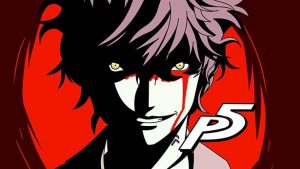 When they wrongfully imprison you and force you to live out your days in a Newtown. The best course of action is to head into weird palaces, hop on a creepy subway, become a swanky thief. And steal hearts with a “cat” sorry technically not a “cat”.
The Persona Series strikes again and has taken the hearts of JRPG fans the world over. But this particular entry really stands out with its art, style, music and the sheer amount of things you can do with the game. Assuming your cat doesn’t force you to go to bed. Damn it Morgana or phantom thieves we can stay up as late as we want. It’s available for legacy PS3 as well as newer PS4 Console.

4. The Legend of Zelda: breath of the wild

Open world Zelda game there it is, we know that Zelda franchise has had its fair share of big and epic games but not have been quite this huge and this stunning to look at the gameplay is out of this world and you have to think about every move you make whether it’s coming through a puzzle filled shrine, deciding what spices to use on your food or even deciding what clothes you want to wear on your journey. This game is an absolute masterpiece and it’s definitely my pick for one of the best game of 2017.

If you are one of those people who are kind of bummed with the last few hitman games. Because they became a bit linear and you also didn’t get to check out this game as it was released episodically do this get this game, this is everything that has made Hitman great over the years.

As far as my concern goes, this version of hitman is the definitive version of the Hitman. It is balanced, it is polished, the levels are huge, they have a million different ways that you can get through them and frankly speaking you can spend hours on any one of its episodes getting all types of reactions and playing it in all different ways possible. It was a bit of a stretch for some people that they did this game episodically, but this is actually the game that sold me on the episodic model. As they work on each one it seems very much like they’re taking their time because each different episode is its own production and it really comes off that way. Because of this, I think this is easily the best entry to the Hitman series. 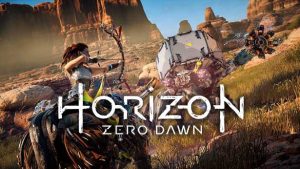 When we got our first glimpse of this hodgepodge of nature and technology we knew that it was gonna be something great, set in the 31st century our world has been taken over by machines but instead of looking like a nightmarish future where killer robots have decimated the land the world is now a beautiful landscape of plants and wildlife as mankind has returned to its more primitive roots combined with a compelling story. And combining the graphics with the memorable characters and creatures, oh man!! that will make your jaw drop, this is a definite must-have for ps4 owners. 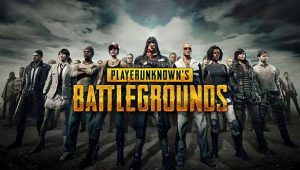 This scheme basically has no right to be as addictive as it is, in fact, its flaws should probably keep it off the list. The bugs, the loot crate’s, the fact that it’s still an alpha and only has one freaking map so far, but it manages to do the one thing that video games are supposed to do, be a hell of a good time. Up to a hundred players fight in a battle royal as they parachute down to the map causing a mad dash to find enough equipment to stay alive and take out their adversaries. It’s fast-paced, it’s strategic, and it’s the most played game on Steam yet and that is why it is my 1st choice in this list.